As they get ready for the day, three young Black women discuss the public perception of their Blackness in relation to their cultivation of a strong sense of self. Wash Day is an intimate exploration into how private, domestic acts such as washing your hair or putting on makeup become a significant re-acquaintance with the body, before and after navigating the politics of one's outwardly appearance.

comme tous les garçons meditates on images and ideas of masculinity and transmasculine identity. The film combines found footage and personal archive in an act of assemblage that mirrors the erratic and eternal piecing together of a queer identity. Showing, too, how this process first consumes, then corrupts and queers. The film attempts to trace a story of becoming, laying bare the moments of conflict along the way. It asks what it means to be and become like all the boys, what it means to want this and how the spectre of Whiteness haunts the wanting.

A lyrical film ode to the odehimin or heart berry. A two-spirit Anishnaabe person finds themself in a dark place with their body. They undertake a healing journey, stating aloud their intentions and reconnecting with the land and the water for strength. As they get more in touch with their body and the beings around them, we begin to see them heal.

Not a sex video, maybe a sexy video? About a latent gas mask fetish, but maybe actually about a certain art world tear gas controversy the filmmaker was involved in? But also about Chemical Valley in Southern Ontario? But with like a dick and tits and vag and gas masks and smokebombs, lots of smoke bombs. A pretty film about weird shit.

A personal narrative film about the drug poisoning crisis — and daring to dream of a better future for people who use drugs. We can get there by rethinking repressive drug policy, in Canada and beyond.

Hello my name is Sarah

Hello my name is Sarah, is a fast paced video composed of short chapters. As a trans, gender non-conforming masculine of center person named Sarah, I have experienced a lot of uncomfortable situations centering my name. The name Sarah, shows up in the form of legal documents, cakes, mail, introductions, personal interactions, the internet, music, and famous people. The compilation of Hello my name is Sarah is a small fragment of situations I have endured. The individual stories range from four seconds to a few minutes. The video explores the usage of puppetry, humour, paper dolls, footage from my childhood as well as archival video footage from a decade of making work.

Using three poems, Nathan Joe explores the form of autobiography through performance poetry. A meditation that explores the vast lived experience between Christchurch and Auckland, between queerness and being Chinese-Kiwi. Where nostalgia intersects with hope to reveal a concise history of a whole self.

I am A Fag For You

Inspired by the cinematography of "Truth or Dare" and "Paris is Burning," this video is an homage to late 80s/early 90s gay culture and aesthetic and a creative response to the loss of queer spaces during the pandemic. We hope that this video will remind queer viewers that they aren’t alone, even when we can only connect virtually, and that our queerness–and faggotry–is beautiful and alive.

Shot entirely on a VHS camera, All Falls Down launches us into a digital hell-loop in which the transgender antagonist comes to terms with ideas of home, anxiety, intimacy, our inevitable death, longing, and the conversation between obsolete and current technologies.

A repurposed narrative of a boy who gets introduced to the wonders of life by a beautiful shining trumpet. But the struggle to be oneself has only begun. Utilizing found 16mm footage and both digital and analog manipulation techniques, Mikkola pierces conventional masculinity with a transformative queer gaze.

A Nice Big Zero For You

Doughnut destruction that started as a lark but got a bit grim. Also an ode to the JK Optical Printer, and a meditation on human cruelty and expendability. 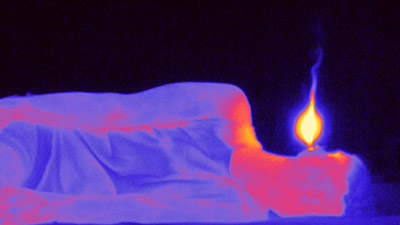 Composed of short vignettes in different techniques and materialities, UNTITLED SEQUENCE OF GAPS uses the form of an essay film to approach trauma-related memory loss via reflections on light outside the visible spectrum – on what is felt but never seen. Carefully shifting between planetary macro scales, physical phenomena and individual accounts of affective subject formation, the artist's voice considers violence and its workings, class and queerness not through representation but from within.

[Être] was a thrift shop and eventually underground screening space in Montreal’s Mile-End district. The space featured as its main attraction objects picked-up on garbage nights and accrued over many years by proprietor-curators Alek Gruszczynski et Ewa Zbroch. To be inside [Être] was like being hermetically sealed-off with a proliferation of objects, and objects containing objects, an accumulation of things and surfaces and scents that invariably activate all the senses. Shot in the basement and on the main floor of [Être] just before it closed its doors forever, this film gives a sense of what it was like to be inside a space that functioned like one of the many suitcases that covered an entire wall. Like [Être] itself, this film is a celebration of the madness of objects.

Ever Wanting (for Margaret Chung) 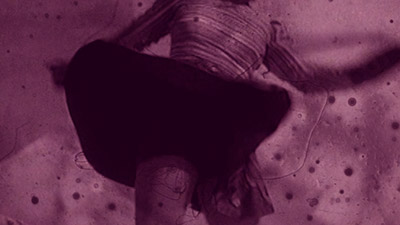 Inspired by San Francisco’s first Chinese American female physician, this film envisions the euphoria and despair of Margaret Chung and her insatiable desire for women and celebrity through her forays into drugs, sapphic surgeries, and queer flights of fancy. 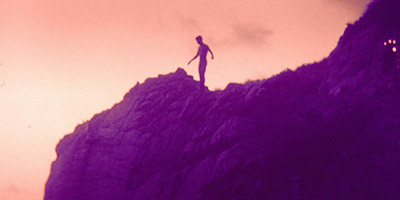 Existential drift in the age of rupture. Leaping, falling, and meeting your new self in an earthquake. Losing one’s head, growing another.